Tuesday’s housing starts report clearly shows that homebuilders are going to be done with single-family construction until mortgage rates fall. Housing completion data is still struggling to get some traction, but in the coming months, builders should be able to get more housing completions done while housing permits and starts for single-family homes are in decline. If it wasn’t for solid rental demand boosting multifamily construction this year — 18% year to date —this data line would have looked much worse. 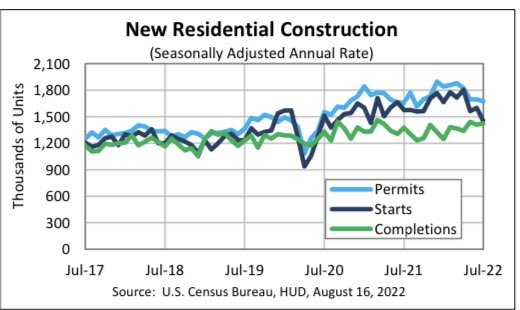 Of course, housing starts today aren’t collapsing in the way they did from the peak of 2005 because we haven’t had a sales credit boom in recent years as we did from 2002-2005, which inflated new home sales toward 1.4 million. 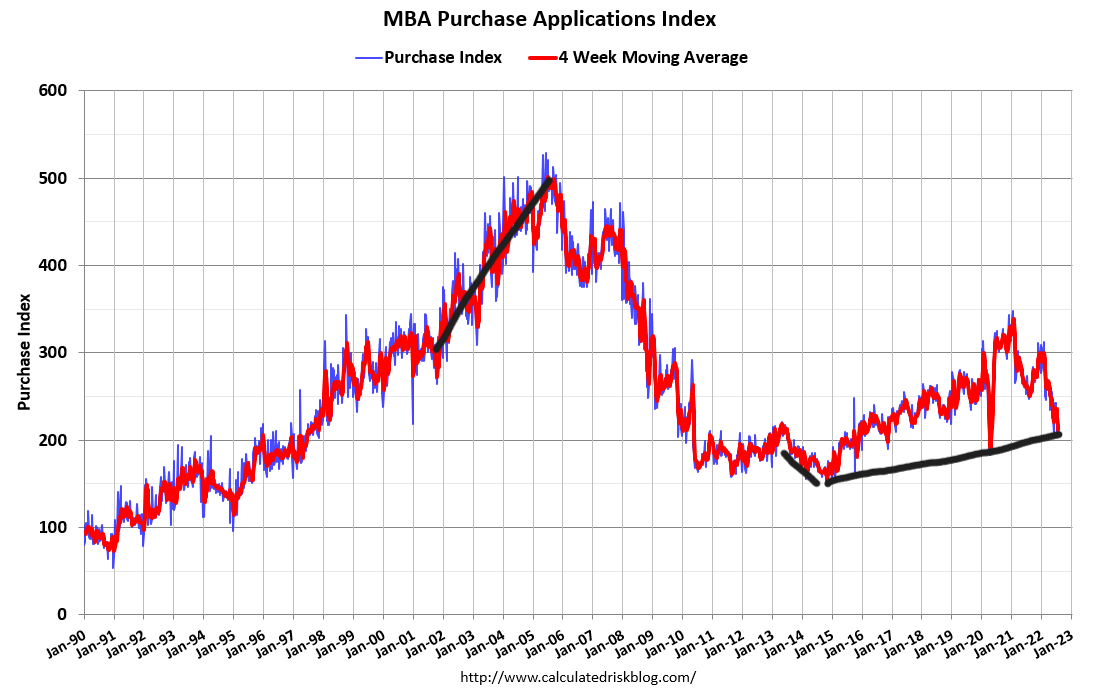 Currently, we are in a much different housing recession than what we had from 2005-2011. The credit cycle looks much different now than the build-up from 2002-2005.

Why do I call it a housing recession? A recession is when total activity falls to a point where production reverses and jobs are lost. For now, the homebuilders will keep labor because they need to finish the homes they have in the pipeline. However, as new home sales have fallen, the future growth in construction is done until the builders feel comfortable building more single-family starts.

As we can see below, single-family starts are falling more noticeably than total housing starts, which is still being boosted by rental demand.

Total activity in the existing home sales marketplace is falling, which means less commission transfer in that sector. Loan originations are falling amid less demand from refinancing and purchase loans, which means jobs are lost in the mortgage industry. That aspect differs from the new home sales selector, which drives housing construction, construction jobs, and big-ticket purchases for those new homes. The recent decline in copper prices is very telling; even with a recent rebound in prices, things are slowing down on the housing construction side. 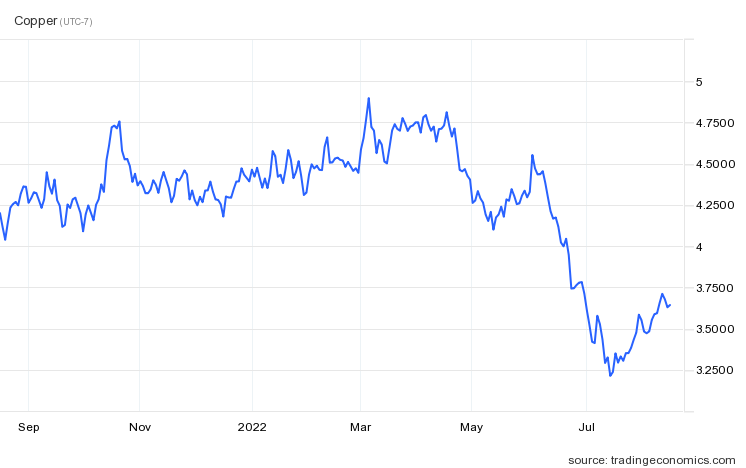 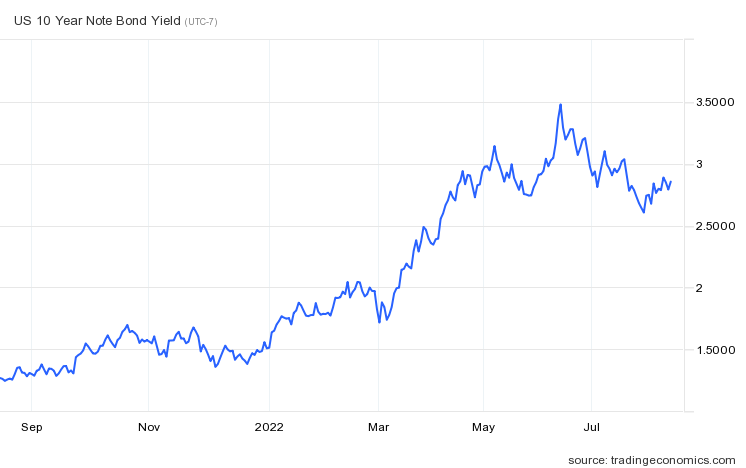 Recently I talked about how low rates have to go to get housing back in line. In the past, builders benefitted when mortgage rates fell toward 4% and below. While we have had more than a 1% + move in rates, we are still over 5%. We can see that the builder’s confidence data has collapsed recently, going below 50 for the first time in a while, with the last print being at 49.

For sure, it’s a much different housing cycle because housing completion data has been prolonged during the COVID-19 recovery. Now that demand is falling, the builders will take their time finishing these homes to ensure they have buyers ready to move in once the homes are completed.

During the housing bubble years, housing starts, permits, completions, credit, and prices moved together. That is not the case here, as housing completions still lag, although things are improving on the supply front.

Over time, housing permits will fall more noticeably as long as mortgage rates stay high. When the homebuilders’ confidence turns, housing permits should stimulate growth. We aren’t there yet, but the builder’s confidence data will give us the first clues when things are improving.

The housing construction data looks right to me; the downtrend in activity in permits and starts should still be with us for some time. The homebuilders don’t build for charity — they’re here to make money. Also, they are facing more competitive inventory since the number of existing homes is increasing, and those are cheaper. So, they will take their time to build the homes already under construction and those homes they haven’t started on yet.

When mortgage rates fall, the narrative can change, but we aren’t there yet. Solid rental demand is keeping the multifamily construction going, but the weakness in single-family starts is here to stay; expect single-family starts to have their first decline since 2011.

The post Homebuilders are done until mortgage rates fall appeared first on HousingWire.