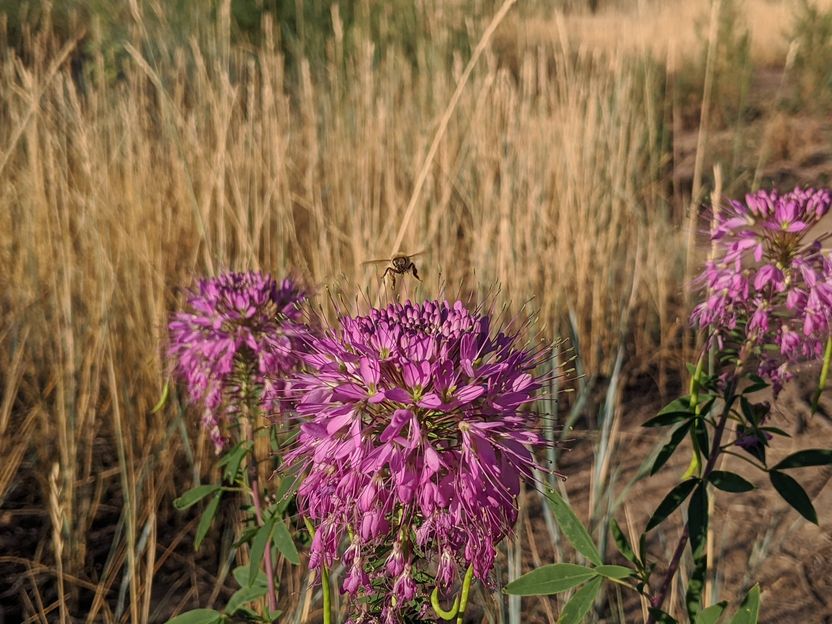 Since the Dawn of Mustachianism in 2011, the same question has come up over and over again:

I see your point that index fund investing is the best option. But when you buy the index, you’re getting oil companies, factory farm slaughterhouses and a million other dirty stories.

How can I get the benefits of investing for early retirement without contributing to the decline of humanity?”

And in these nine years since then, the movement towards socially responsible investing has only grown. Public pension funds have started to “divest” from oil company stocks, and various social issues like human rights, child labor, climate change or corporate corruption have bubbled to the surface at different times.

And all of this has led to the exploding new field of Socially Responsible Investing (SRI), and a growing array of new ways to do it.

This leads us naturally to the question:

What can I do with my money to help fix the world? And even better, is there a way I can make money in the process of fixing it?

The answer is a good, solid “Probably.”

This is true in all of the main areas we care about – personal wealth, fitness and health, even relationships and happiness. And while your money and investments are certainly not the most important thing in life, they are still worthy of a bit of easy and effective optimization.

So anyway, the first thing to understand with SRI is, “what problem am I trying to solve?”

The answer is, “You are trying to make your investing (especially index fund investing) have a better impact on the world.”

On its own, index fund investing is ridiculously simple. You just get an account at any brokerage like Vanguard, Etrade, Schwab or whatever, and dump all your money into one exchange-traded fund: VTI.

When you do this, you are buying a stake in 3500 companies at once(!), which is both impressive and overwhelming. How do you even know what you are holding?

Well, this is all public information, and easily available with a quick Google search. For example, here’s a list of the top 90 holdings in VTI (click for larger):

As you can see, the biggest chunk of money is allocated to today’s tech darlings, because this index fund is weighted according to market value, and these are the most valuable companies in the US today.

Through a convenient coincidence, the total value of the VTI fund happens to be just under $1 trillion dollars, which means you can just throw a decimal point after the ten billions digit of market value to get a percentage. In other words, about 4.7% of your money will go towards Apple stock, 4.4 towards Microsoft, and so on. Together, these top 90 companies are worth more than the remaining 3,540 companies combined, so these are what really drive your retirement account.

And within this list, you will see some of the usual suspects: Exxon and Chevron (oil), Philip Morris (tobacco), Raytheon and Lockheed (bombs), and so on.

But what about the less-usual suspects? For example, I happen to think that sugar, and especially sugar-packed beverages like Coke, is the biggest killer in the developed world – a major contributor to 2 million of the 2.8 million deaths each year in the US alone. Should I exclude that from my portfolio too?

And what about drug and insurance companies – aren’t they behind the political stalemate and high costs of the US healthcare system? Comcast funded some election disinformation campaigns here in my home town in the early 2010s, should I exclude them too? And if you’re part of a religion that is against charging interest on loans, or in favor of pasta and Pirate costumes, or against a spherical Earth, or any number of additional ornate rules, you may have still more preferences.

The higher your desire for perfection, the more difficult this exercise will become. However, if you are like me and you just want to get most of the desired result with minimal effort, you might simply have a look at the Vanguard fund called ESGV.

ESG stands for “Environmental, Social and Governance”, and in practice it just means “We have tried to avoid some of the shittier companies according to some fairly simple rules.”

And the result is this:

The first thing you’ll notice is that it’s almost the same. In fact, the top five holdings – Apple, Microsoft, Amazon, Facebook, Alphabet (Google), collectively referred to as the FAANG stocks – are completely unchanged – and this means that there will be plenty of correlation between these funds.

It’s also the reason that the stock market as a whole has recovered so quickly from this COVID-era recession: small businesses like restaurants and hair salons have been destroyed by the shutdowns, but big companies that benefit from people staying at home and using computers and phones are making more money than ever. The stock market isn’t the whole economy, it’s just the publicly traded companies, which are the big ones.

But let’s look at the biggest differences between the normal index fund versus the social version.

The following large companies listed on the left are missing in the ESGV fund, in order of size. And to make up the difference, the stake in the companies on the right have been boosted up to take their place in your portfolio.

The omission of Berkshire Hathaway was a bit of a shocker, as it is run with solid ethical principles by Warren Buffet, one of the worlds most generous philanthropists. And in fact the modern day nerd-saint Bill Gates is on the Berkshire board of directors, another person whose work I follow and respect greatly.

(side note: Apparently the company fails on the “independent governance” category. And Buffet disputes this category, but in his characteristic way has decided to say, “Fuck it, I’ma just keep doing my own thing with my half-trillion dollar empire over here and you can have fun with your little committee” – I’m paraphrasing a bit but he totally did say that.)

Furthermore, both funds hold the factory meat king Tyson foods, while neither holds Roundup-happy Monsanto, because it was bought by the German conglomerate Bayer AG a while back. Nextera is a giant electric utility in the Southeastern US that claims to be the world’s largest generator of renewable energy. Some do-gooders are against nuclear power, while others (including me) think it’s the Bee’s Knees and we should keep advancing it. And all this just goes to show how nobody will agree 100% on what makes a good socially responsible fund.

But What About The Performance?

In the past, some investors were nervous about giving up oil companies in their portfolio, because while it was a dirty substance, it was also what made the world go round – which meant it was a cash cow.

Now, however, oil is on its way out as renewable energy and battery storage have crossed the cost parity threshold – meaning it’s cheaper to make power (and vehicles) that don’t use oil. In its place, technology is the new cash cow, and tech is heavily represented in the ESG funds. The result:

As you can see, the performance has been similar but the ESG fund has done significantly better in the (admittedly short) time since it was introduced at Vanguard.

Of course, we have no idea if this will continue, but the point is that at least our thesis is not a ridiculous one – environmentally sustainable companies do have an advantage, if the world gradually starts to care more about these things. And if you look at the share price of Tesla and other companies that surround it in electric transportation and energy storage, you will see that there are many trillions of dollars already lining up to benefit from this transition. And the very presence of so much investment money creates a self-fulfilling prophecy, as Tesla is now building or expanding five of the world’s largest factories on three continents simultaneously.

So What Should You Do? (and what I do myself)

First of all, it helps to remember a fundamental piece of economics: your spending dollars will probably have a much bigger impact than your investment dollars. This is because you are sending a direct message to the world rather than an indirect one:

When you buy a new gasoline-powered Subaru (or a tank of gas for your existing guzzler) or a steak at the grocery store, or a plane ticket, you are telling those company directly that consumers want more of these products, so they will produce more of them immediately.

When you buy shares in Exxon, you are only subtly raising the demand for those shares, which raises the average price, making it ever-so-slightly easier for Exxon to maybe issue more shares in the future. In other words, you are making it easier for them to access capital. But capital is only useful if there is demand for their products. And with oil there is a nearly constant surplus, which is why OPEC and other cartels need to work together to artificially restrict supply, just to keep prices up.

Plus, as a shareholder you are theoretically eligible to place votes and influence the future direction of companies – even companies that you don’t like. If you look up the field of “shareholder activism”, you’ll see this is a tradition that goes way back.

So I have tried to take a few simple steps on the consumer side myself, and I find it quite satisfying: Insulating the shit out of all of my properties, building a DIY solar electric array on one of them, and buying one electric car so far to eliminate local gas burning. And a few electric bikes including a super fast one I made myself.

Each one of these steps has provided a very high economic return, percentage-wise, but that still leaves a lot of money to account for, which brings us back to stock investing.

As someone who loves simplicity, I have done this:

But you could choose to be more hardcore in your ESG/SRI investing:

Like most areas of life, investing is not something you have to do perfectly in order to succeed – even socially responsible investing. If you apply the 80/20 rule to get the big picture right, you have probably found the Sweet Spot and you can move on to the next area of life to optimize.

In the Comments:
What is your own investment strategy? Have you thought at all about this ESG / SRI stuff? Did this article bring anything new to the table?